My brothers and sisters,

I’m excited to share with you what I learned when studying the Bible with a man of God, which inspired the initial Tree of Life post. I’ve added a bit more to it and I pray that it will help you understand how much God loves us and how merciful He is to us.

Where to begin? Of course, in the garden of Eden. (Emphasis Added)

Generally, God created the garden, the animals, the fishes and place the First Ones, Adam and Eve in the garden. God instructed Adam not to eat from the tree of the Knowledge of Good and Evil and he passed that command onto Eve.

Genesis 1: 29 (ESV): And God said, “Behold, I have given you every plant yielding seed that is on the face of all the earth, and every tree with seed in its fruit. You shall have them for food.

Genesis 2: 8-9 (ESV): And the Lord God planted a garden in Eden, in the east, and there he put the man whom he had formed. And out of the ground the LORD God made to spring up every tree that is pleasant to the sight and good for food. The tree of life was in the midst of the garden and the tree of the knowledge of good and evil.

Genesis 2: 15-17 (ESV): The LORD God took the man and put him in the garden of Eden to work it and to keep it. And the LORD God commanded the man saying, “You may surely eat of every tree in the garden, but of the tree of the knowledge of good and evil you shall not eat, for in the day that you eat of it you shall surely die.

As the event unfolds, Satan deceives Eve and she eats the fruit and gives it to Adam; the start of the Fall. As outlined in Genesis 3: 14-19, God punished the snake by way of a curse, increases Eve’s child pain in childbirth and declares that her desire will be for her husband and declares to Adam the consequences of his disobedience, a cursed ground and the reality of having to work extra hard to eat.

Sidenote: God cursed the snake, not Adam and Eve. God only told them of the reality sin has caused, in the body and in the environment.

God made a declaration in verse 22:

Then the LORD God said, “Behold, the man has become like one of us in knowing Good and evil. Now, lest he reach out his hand and take also of the tree of life and eat and live forever-”
and as verse 23-24 states, sent them out of Eden and placed cherubim and a flaming sword to guard the way to the Tree of Life.

But this was not so, and God had to push Adam and Eve out to protect the Tree of Life. Again, why? Well, I learned that Adam and Eve were hungry and their hunger reflected an issue of the soul caused by the introduction of sin. They had created capacity within themselves, their soul, and needed to fill it.**

However, as we are aware, this was not so. Adam and Eve were in a state of sin, due to their disobedience. If they were able to obtain access to the fruit of the Tree of Life, then a catastrophic would arise; they would have everlasting life, the knowledge of good and evil coupled with unrepentant sin.

Adam and Eve repented, shown by the skin garments God covered them with (Gen 3:21; the first animal sacrifice! Where else did God get skins from? May explain the animal sacrifices later spoke about in the Law, and Hebrews 9:22 provides insight: Indeed, under the law almost everything is purified with blood, and without the shedding of blood there is no forgiveness of sins.) rather than the loincloths they fashioned out of fig leaves (Gen 3: 7), but there was a problem; Adam carried the human race, and the sin affected them as well. Adam could not repent on behalf of the entire human race, but for his own sin.

Your sin effects other people. Read Romans 5: 12-19 for details.

This is why God made provision to send Jesus, to die on the cross, to remove the innate sin, and to clothe you with righteousness. You have to believe in Jesus to receive the free gift of salvation and righteousness, then comes the renewing of your mind, the process of unlearning and relearning the word of God in its truth and entirety. Once obtained, you can put on the new man, your new identity and live it out with power and confidence.

1 Corinthians 15: 20-22 (ESV): But in fact Christ has been raised from the dead, the firstfruits of those who have fallen asleep. For as by a man came death, by a man has come also the resurrection of the dead. For as in Adam all die, so also in Christ shall all be made alive.

**The soul yearns for something more. The innate sin causes disruption in the soul. Some seek to fill the void by seeking drugs, sex, pornography, exorbitant spending, excessive television, relationships addictions etc. Capacity is created in the soul and a need to fulfil it grows, hence why addictions and reckless living manifests and takes place. The truth is, these will never satisfy you. They are temporary. Once obtained/consumed/indulged, the “benefit” vanishes. But when one fills their soul with Jesus, you create capacity, and your need for Him grows and grows. That’s why he’s satisfying. He always fills the void.

Thank you for reading, and may God bless you for your diligence in studying His word.

I know you’re thinking: “why, what? What is the subject of the why I am asking?”

Don’t be alarmed, my friend.

This introductory post is dedicated to the skill of asking questions. It is not wrong to ask questions, but it will be helpful to have the willingness to be interested in the answer you’re seeking, whether or not it will satisfy your curiosity. Even if it does not, you must not give up. For it is the answer that comes understanding, enlightenment, and hidden wisdom. What you do with the answer will help shape how you will live your lives in the most positive way.

This is not intended to be some sort of precedent or a widespread approach to tackling the issues raised which spur us on to ask questions; we all have different thinking patterns, different ways of looking at things, as well as separate belief systems. However, are you comfortable with being told something and told to believe it just because? Are you comfortable with not doing enough digging, thinking we can get by just by skimming the surface?

We need to KNOW the reasons why we believe what we believe, and whether it is positive and beneficial for life and for individuals and the collective rather than benefiting the one, which will be ourselves. As I write this, I imagine that people are thinking of Religion, however, it doesn’t necessarily have to be just this. It can be culture, community life and unwritten rules which life has dictated that we must follow. Now I’m not advocating being an anarchist of any kind, I’m just saying that you need to know why for these things. The best way to do this through the bible, and to place ourselves in the mind of God, and to figure out why He has established what He has established and what the results mean for the aforementioned aspects of life.

Let’s take a step into the beyond, my friend, and look at the world concepts, teachings, mysteries and things we normally brush aside and ask ourselves “Why?” Then we’ll go and seek the answer together.

Thank you for reading my friend. 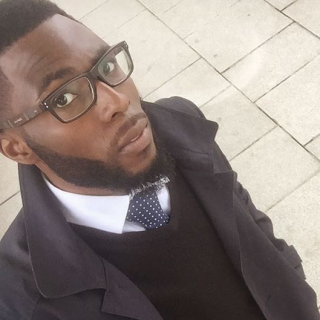 Jesus is the Source of Life. Because He is, #IAAM. 2016 Black Youth Achievement Literary Arts Award Winner. Lover of God's Word. II T II XV. Follow me on Twitter and IG @TundeTAmao.

10 years already. we thank God for growth. #10yearchallenge
🚨Promotion Alert! 🚨 Check out the talent that is @casjtheartist in his debut EP ‘Tests of A Man’ Out 15th November! #Music #SouthLondon #Casjtheartist #Trap #EP #Breakingtheruleschangingthegame
Yo, who is responsible for this?? 😭😂 Whoever it is, can you own up? This is unacceptable 🤦🏽‍♂️🤦🏽‍♂️🤦🏽‍♂️😂🤷🏾‍♂️ #ChristianBanter #ButThisOneWasSavage
Good morning gents! A few events to keep an eye out this and next weekend! I’m not good to lie to you, I feel like there’s going to be a massive revival amongst the men! It is said that He created the male first, to be the foundation of the family. That means we all need to fall into position! Come in your numbers brothers and let us be sharpened, pruned through the word and experience the wonder of being the presence of the Lord! #MenConferences #God’sMen #GodlyMen #KingdomMen #MensFellowshipRNJC #ManifestINTL @manifest_intl #HisAcademy @his_academy
As I reflect, I’d have to hold my hands in the air and admit that there has been too many “i want to do this or that” without consideration of the things that are really important. Too many good stuffs, but one will stretch themselves thin and won’t be much to anyone. The words of talk wont suffice and a lack of action or direction is questionable, and discernible. Are you walking with clarity or are you bouncing between ideas and exhausting yourself? Are you anxious and tell other people your multiple plans and what you’re working towards? Be careful, that may mean that you still don’t know what you want. If the fruit is questionable, consider looking at the root; where are you planted? On secure ground or shaky foundations? We all seek success, and want to enjoy our best life in Christ, yet we are expected to produce fruit that can nourish others. Take the time to re-evaluate and speak to close friends/ family to help clarify. You owe it to yourself to become successful and to add value to others. #TundeTAmao #Blogger #Reflections #Life #Design #Value #Fruit #Root #Hardwork #Stability
%d bloggers like this: